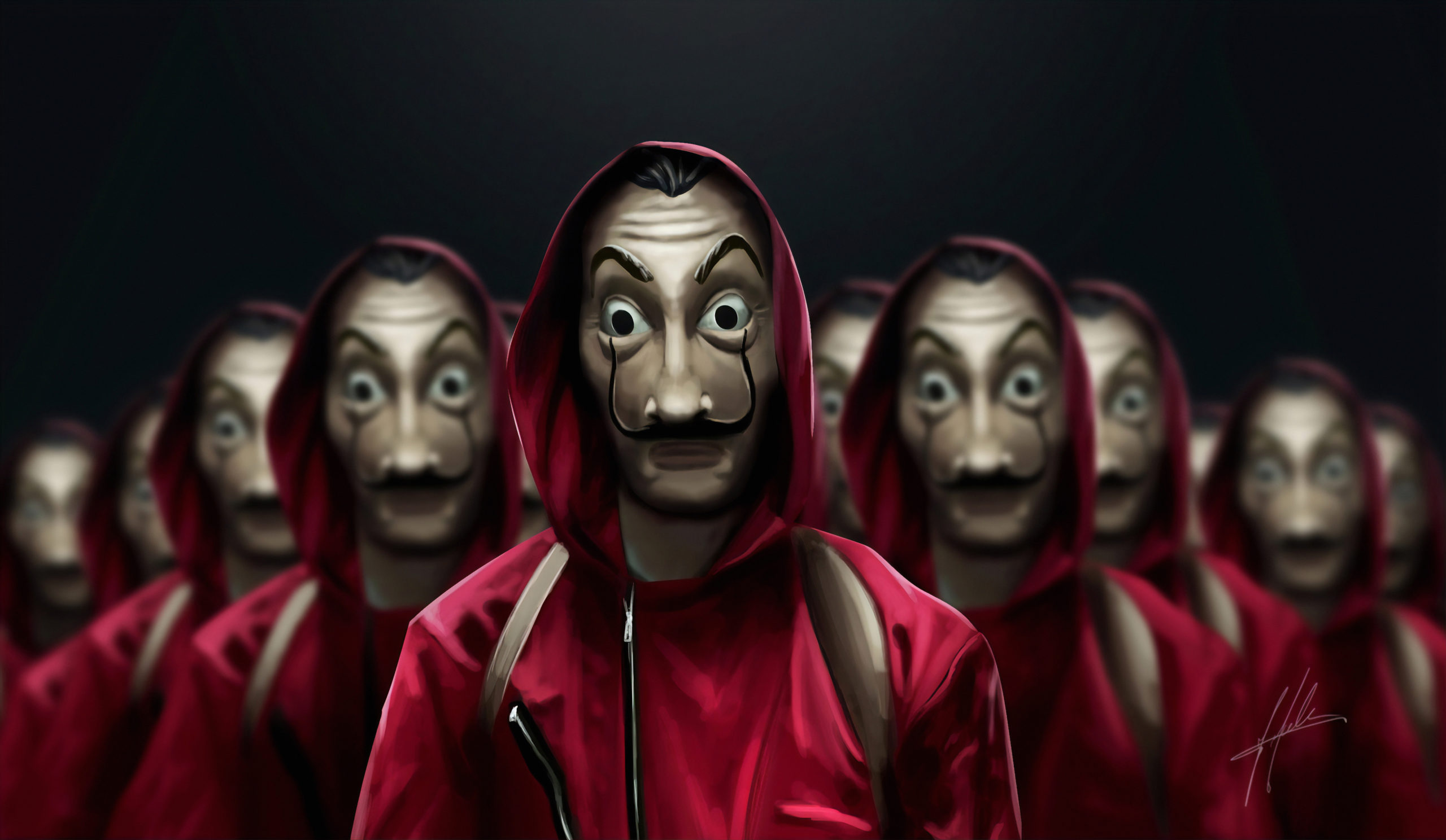 In this lockdown season, we have curated a list of 5 thriller shows to make your quarantined lives thrill full. Although there are many we have chosen our favorite top 5 shows which you can check out in this lockdown period. Kill the boredom and watch these awesome shows from all around the world to pass the time, which you have a lot nowadays. Have a look at the best thriller web series you should watch:

The Spanish series Money Heist is one of the most talked series since its first season. It is a crime thriller which deals with scenarios related to a group of robbers. The first episode starts with the planned robbery and then you go with the flow and see the real procedure and all the unexpected and deadly circumstances these robbers have to face. It is full of turns and very well curated twists that get you hooked from the first episode.

The season 2 and the third season also are no less than the first one, the fourth season is on the cards and the trailer has already arrived and it is going to be big. People are eagerly waiting for the fourth season especially because of the quality of the show that the makers have preserved.

All the season is streaming on Netflix. The Spanish name of the show is ‘La Casa de Papel’ which has been changed to ‘Money Heist; in English, but we suggest you please watch it in its original language and not the dubbed one. The characters for the show are very well written and each one has some arch, rather than being pale like most of the other shows. Go for it during this lockdown, you won’t get disappointed.

The most violent and thrilling best thriller Web Series from India is Mirzapur, streaming in Amazon Prime. It is a Hindi Series that revolves around two brothers living in Mirzapur, who somehow goes to the wrong path of crime and domination under the influence of a mafia boss of the area. The acting is top-notch and each and every cast member has given their 100% in doing the job. 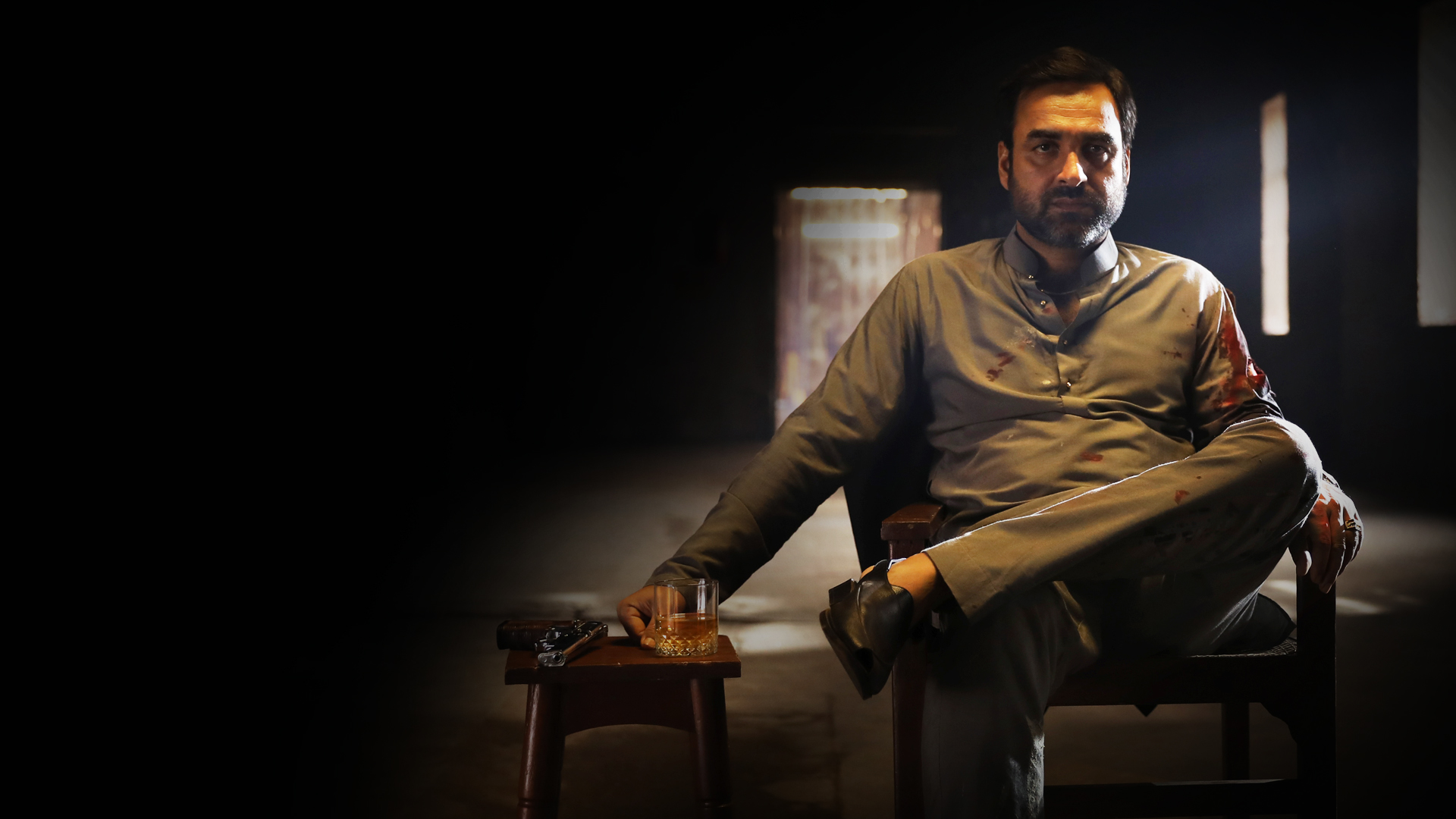 The show itself is very well written and even more honestly transferred on the screen. The hard-hitting music and twists and turns are enough to make you a fan of this show. The gruesomeness which is getting displayed on the screen sometimes is way too much violent and realistic that it might force you to take your eyes off the screen for some seconds.

The stellar cast includes the versatile Pankaj Tripathy, Ali Fazal, Rasika Dugal, Shweta Tripathi and many more but the real surprise is Divyendu, who has acted with so much earnestness that you truly believe him as the character he is portraying. The show is also famous for its one-liners and very famous dialogues. Have a look at it and then tell us in the comments about what you feel about the show.

Where to watch: Amazon

3. ASUR: Welcome to Your Dark Side

The Series which no one expected to be this good, Asur, Voot Select thriller series based on a psychopath killer. Its main USP is its script which is perfectly fused with Indian Mythology references, so if you are a fan of Hindu mythology then you will love this series. Even if you don’t know any references for the mythological stories, you need not to worry, this series does a fantastic job to explain it in the context of the show. 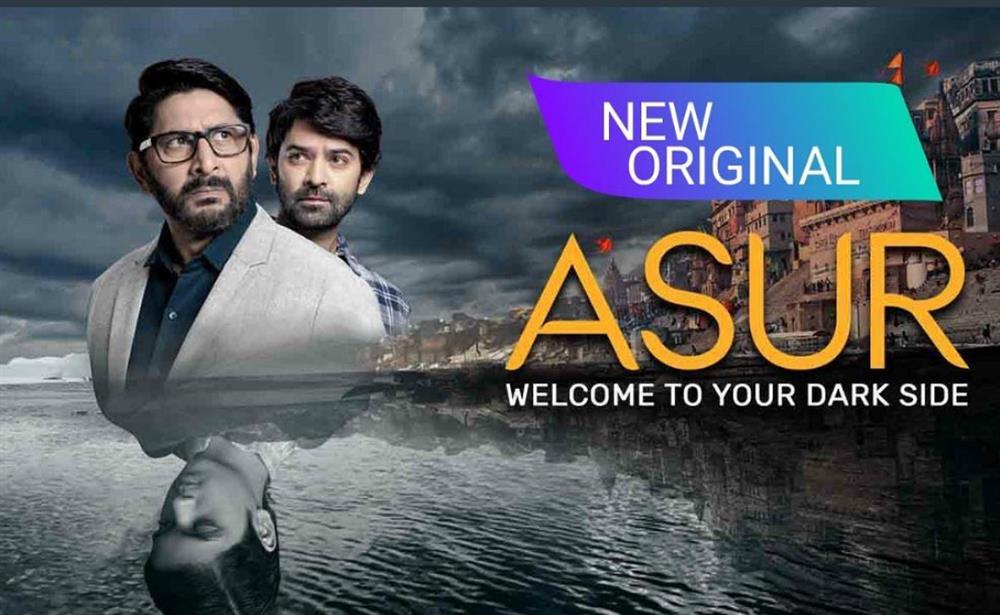 The show although takes some convenient routes but still is very well made. The fans are already asking for season 2 and with this hype around it, the hopes are high. The cast is again stellar, performing their parts with equal audacity and earnestness. The show deals with the human psyche and its definition of good and bad according to different people.

The killer has a strong motive and is completely determined to achieve his goal. On the other hand, an investigation team is trying very hard to get to the root of all these crimes and trying to catch the killer. The climax of the show is deeply thought to provoke and raise questions about the morality of humans. Who will win and who will lose, to know this you have to watch the show. Go to Voot Select, and you watch the first episode for free and then decide whether to watch it or not.

Where to watch: Voot

The only good thing happened to Netflix India is Sacred Games, other than this and a couple of content, everything is just crap. It is our best thriller tv series. The Thriller Hindi show is a 2 Season series available on Netflix. If you are a fan of good cinematic content then you should watch Sacred Games. This is a very well written and executed crime drama, directed by the acclaimed directors, Anurag Kashyap, Vikramaditya Motwane and Neeraj Ghaywan. 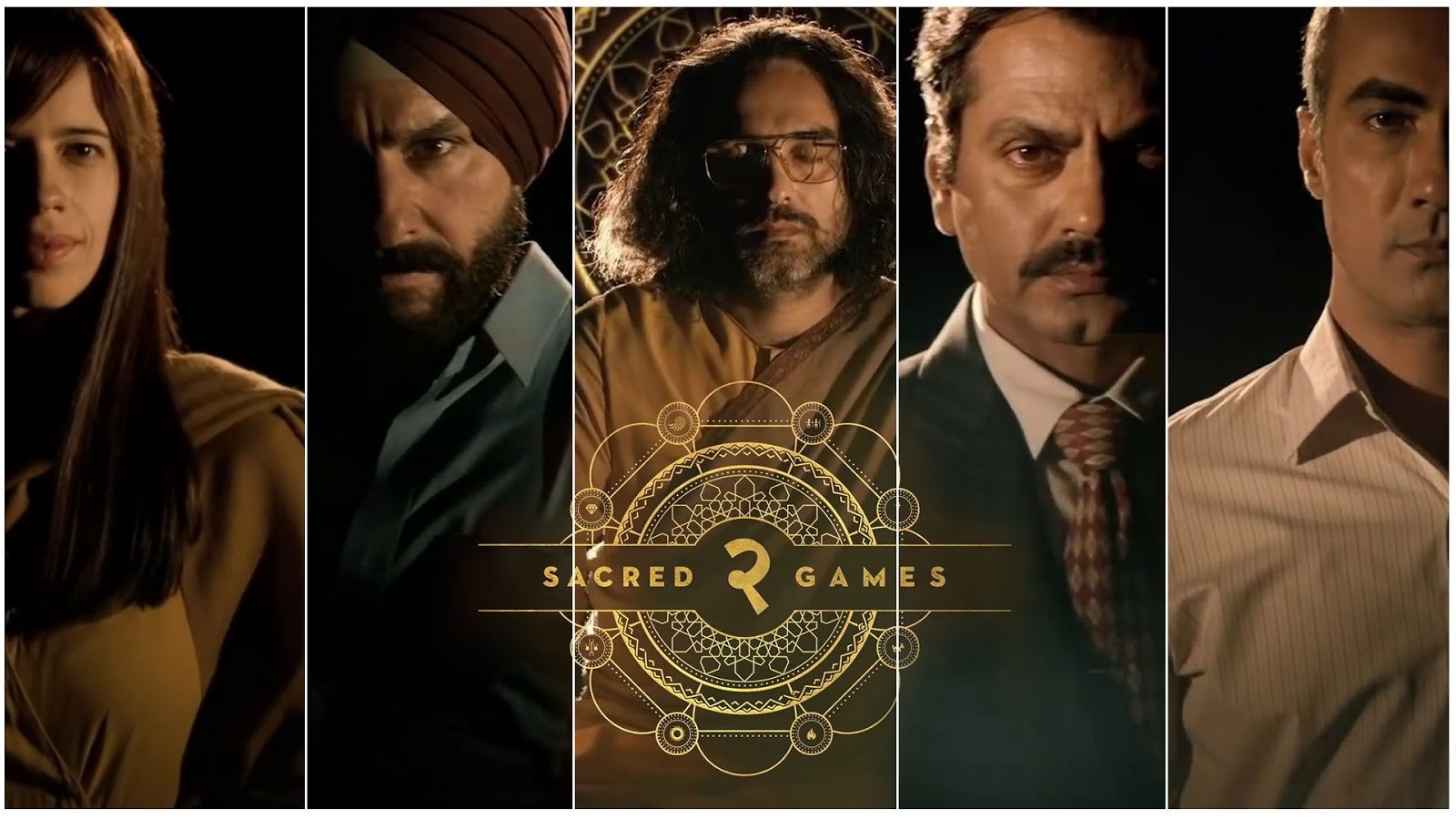 The story revolves around a cop Sartaj Singh who receives a call from a gangster Ganesh Gaitonde who warns him of saving Mumbai city from a serious threat in the upcoming days. The thrill is all around this series, the most memorable character is of the gangster Ganesh Gaitonde. The series takes you to a journey through his life and also through the journey of the cop to save his city from an attack.

The cinematography, the setting of the old Mumbai, the crisp shots, with equally effective BGM makes this show one of the best content emerging from India. The show is widely popular throughout the globe and everyone has given good reviews of this show. All the actors especially Nawazuddin Siddiqui is just stellar in his portrayal of the Mafia. Stream it on Netflix if you haven’t watched it till now and tell us your thoughts in the comments below.

You, an American thriller show on Netflix with 2 seasons currently and is getting renewed for the third one, is one of the unique show which asks questions to your morality. ‘What would you do for love?’- A statement given by the protagonist of the show who is actually a psychopath stalker killer, it is not a spoiler. The premise of the show includes a bookstore manager who gets attracted to an aspiring female writer and then he starts stalking her. 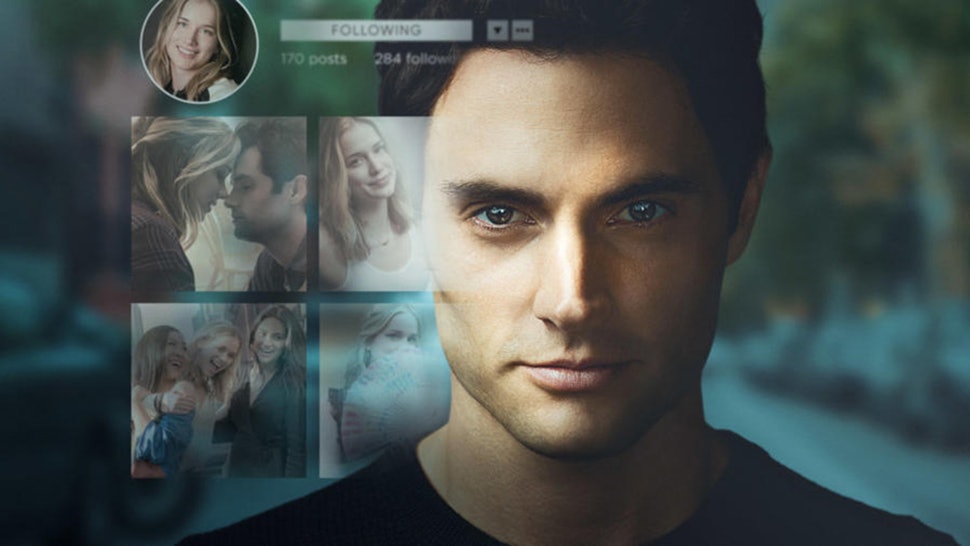 The whole story is being presented to us by the point of view of the killer, now this is something new. It’s so messed up that many times you feel for the protagonist, who is a ‘stalker’. But apart from all these things, the show is way much more and you will get the thrill dose time to time. The characters feel authentic and everyone has secrets of their own, that unfolds as the story progresses, and the cast also has done a superb job in their portrayals.

Season 2 of the show will take to a more twisted journey than the previous one and you will be able to understand the psyche of the protagonist more clearly. Just start watching these thriller web series and you will finish it in no time, share your thoughts on the comments below.