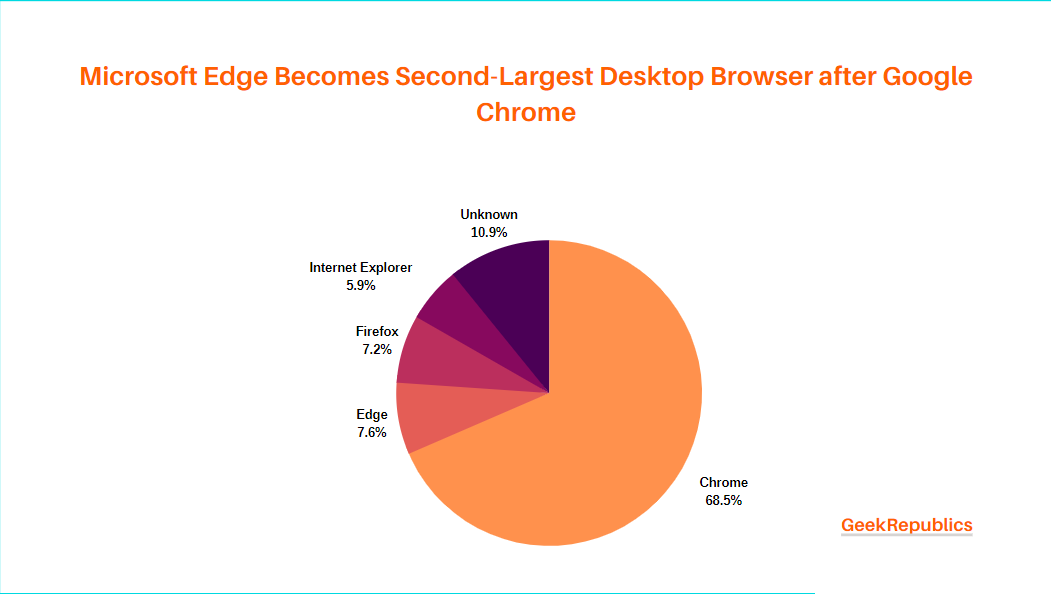 “Google chrome is the most used browser and Windows 10 grab the 57.34% market shares”

Netmarketshare (provide the web technology usage data) shared the data of the desktop Operating System and Desktop web browser in 2020.

See the data below provide by Netmarketshare:

Microsoft Edge gains more popularity after the launch on the Android and iOS platforms. The Chromium from Microsoft was released on 15, January 2020 and an open-source software project from Google. Firefox losing the market share in the competition not only from Chrome and Edge but also from Opera and Safari browser. Firefox has to do follow a new strategy to make the open-source browser faster and customer friendly.

Coming to the Operating System, Microsoft Windows covers 88.29% market share and followed by Mac OS 9.33%, and Linus and Chrome OS stay on number 3rd and 4th with market share 1.78% and 0.42% respectively.

See the data below:

Now coming to the Operating system, Windows 10 acquired 57.34% of desktop market share all over the world, with the end of Windows 7, the users are shifting themself to the Windows 10. and is followed by Windows 7 at 26.23 percent. Windows 8.1 comes in the third number hold 3.69 percent market share, while Apple macOS X 10.14 comes fourth with 2.62 percent.