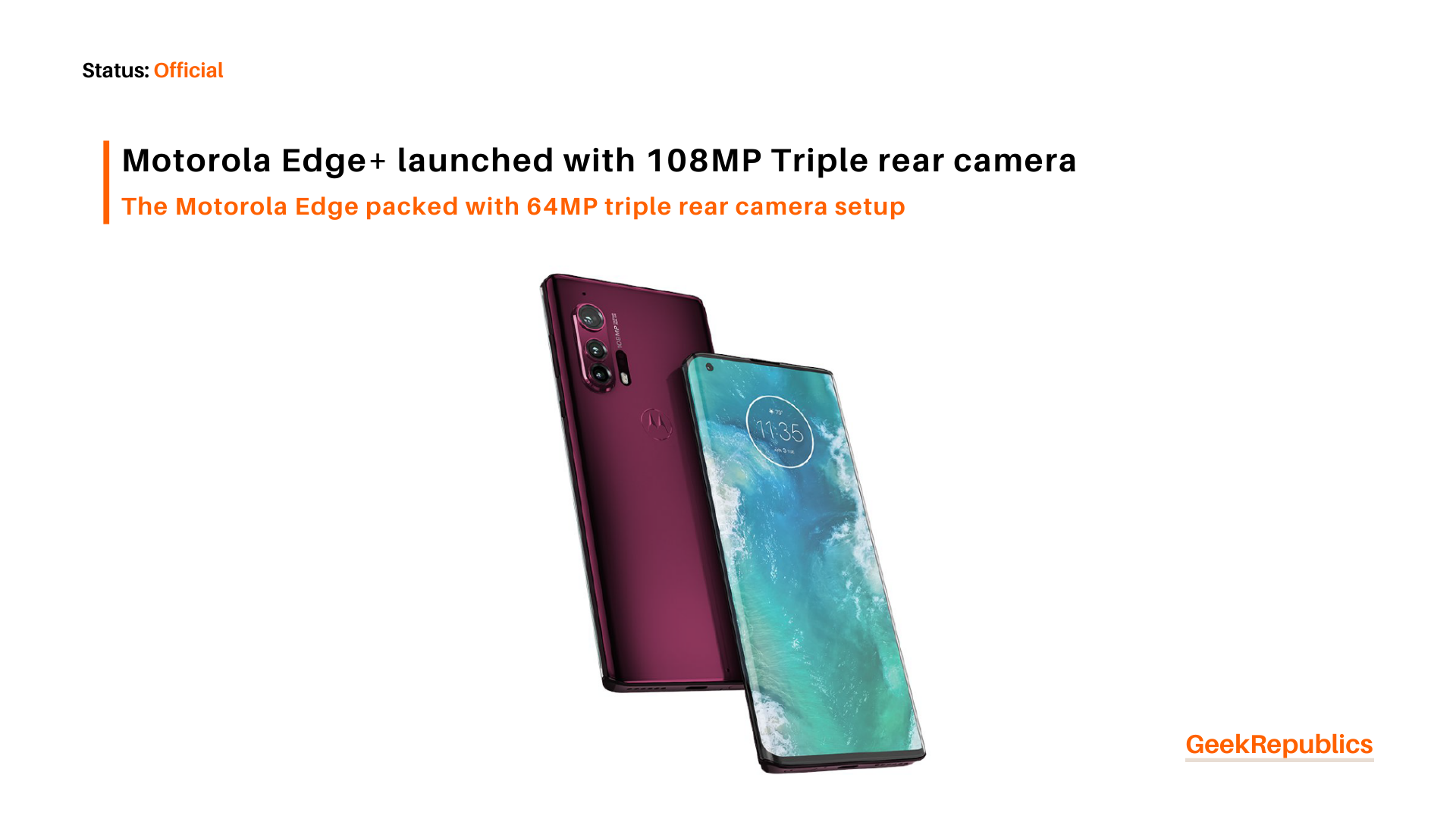 Motorola launched its new high-end premium smartphone Motorola Edge series. The lineup was initially expected showcased at MWC but it was canceled due to Coronavirus Pandemic. Now the Motorola Edge and Motorola Edge+ is finally official and offering great specs. 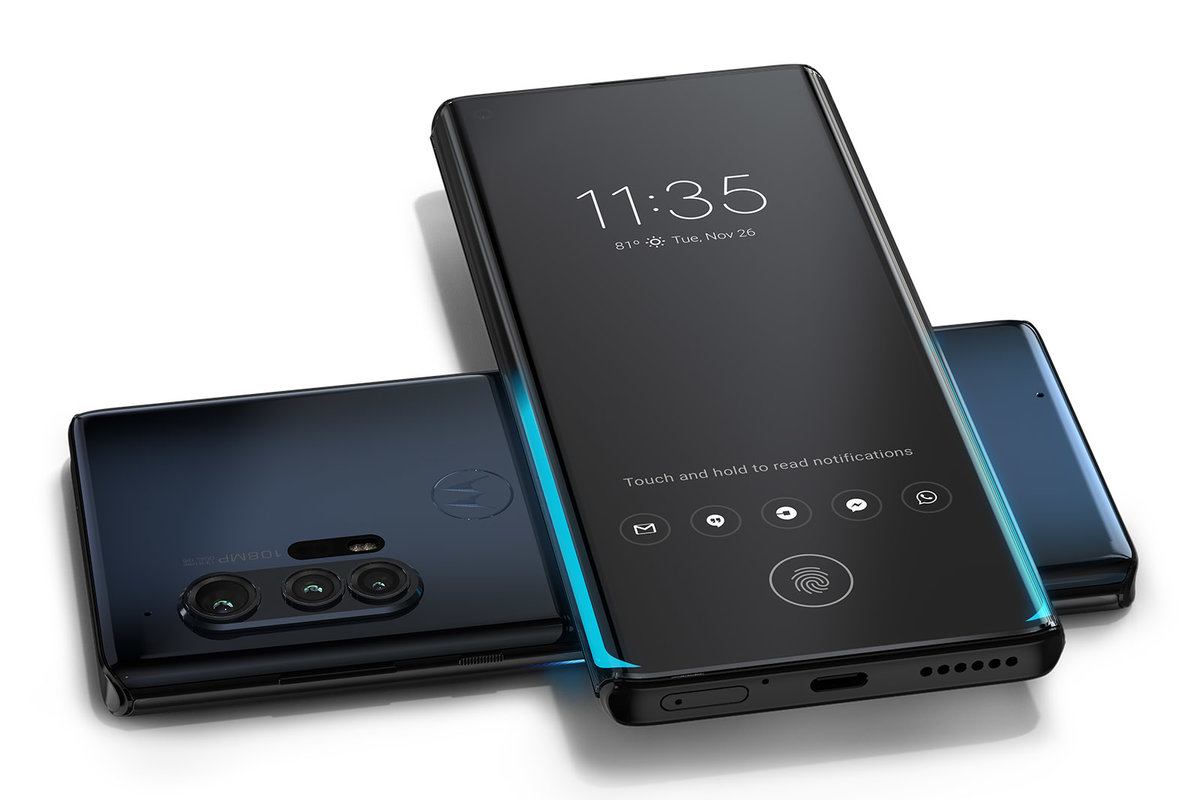 The Motorola Edge+ comes with a 6.7-inch curved Edge display, a punch-hole cut out for selfie camera, a 90Hz high-refresh-rate, and HDR 10+ support. There is an in-display fingerprint camera for security and available on Thunder Grey and Smoky Sangria hues color option.

In terms of optics, the device packed with a triple rear camera setup. It has 108MP primary camera paired with 16MP ultrawide/macro lens support 3x optical zoom, and an 8MP telephoto. There is a 25MP camera for selfie and video-related activities. Other connectivity features include 3.5mm jack, stereo speakers, and all basic sensors.

In the camera department, the Motorola Edge packs with a 64MP triple rear camera and a 25MP shooter on the front for selfies. It is available on Midnight Magenta and Solar Black color options.