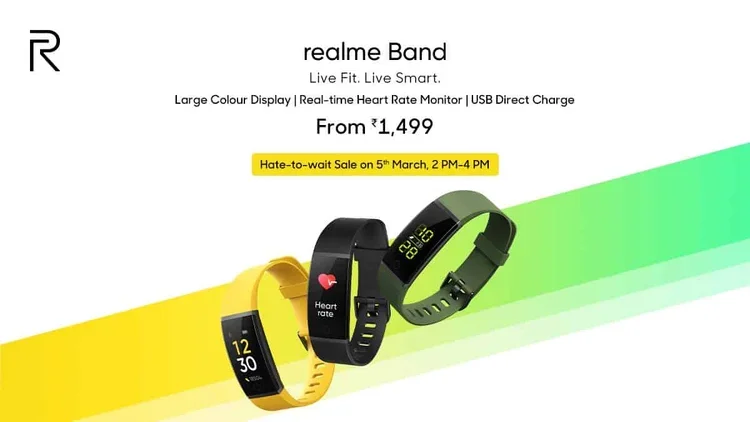 “Realme Band Price in India is Rs. 1,499 with color Display and 9 Sport modes”

Realme Band has launched in India alongside the Realme 6-series at an event in New Delhi. This is the company’s first attempt at a fitness tracker. 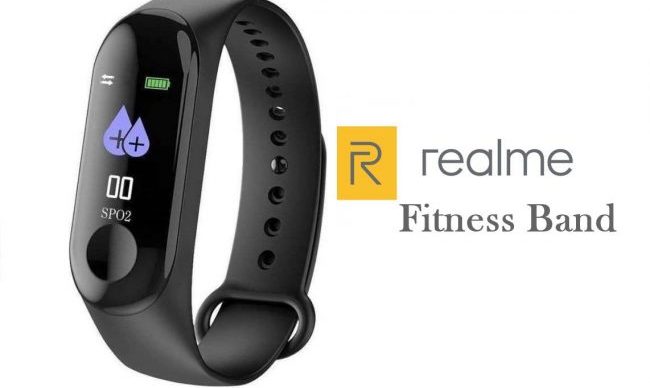 For a first attempt, Realme Band has got a lot of features, including a colored display,  IP68 water-resistant, heart rate and sleep monitoring, 9 sport modes, notifications support, USB charging, step counter and a lot more. It comes with only five built-in watch faces, and the company will add dial faces via OTA updates with also enable multi-language font and weather forecast features shortly.

Start off the design the Realme Band looks a lot like the Honor Band 5i with its curved design that fits on your wrist perfectly. The band measures 19.6 X 11.9 X 240mm and only 20 grams weighs that feel quite comfortable, thanks to the soft TPU material used on the straps which are water, cold, oil and ageing resistant.

Moving on to the most important thing – the display. Realme Band flaunts a 0.96-inch -inch TFT color curved LCD display as compared to Mi Band 3’s 0.78-inch OLED display. The fitness band has 160 x 80 pixels resolution. It can display up to 64 letters on one page and more than 65,000 colors. 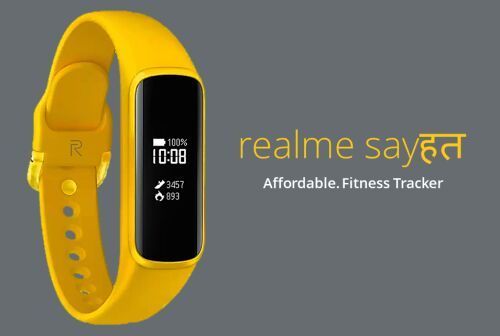 There are five watch faces in right now and you can use them from the Realme Link app. Realme says that more watch faces will be added via OTA updates in the future. The band features notifications, sedentary reminders, alarms, drinking and a lot more.

You will find a continuous heart rate monitoring sensor, accelerometer, and gyroscope on board. The Heart Rate monitor your heart rate in real-time (at 5-minute intervals) and track your sleep quality as well. On the other hand, the gyroscope sensor, “lift to wake screen” feature, which is also present on board. Realme Band also carries an IP68 rating, so you need not worry, you can take it out for a swim, step counter, among others.

Realme Band’s look like Honor Band 5i doesn’t end at the design. Both of these bands offer you the USB Direct Charging feature, you can simply detach one of the straps and plug the band directly into a USB-A port on your computer or power bank.

The Redalme Fitness band comes with a 90mAh battery pack as compared to Mi Band’s 110mAh battery. It is claimed that the battery will run up to nine days on a single charge without a heart rate function enabled. If you enable real-time heart rate then the battery will run up to 6 days. You do not need any additional charging cable to charge Realme Band and that sounds great.

Realme Band price in India has been starting at Rs. 1,499 in India. It comes with three attractive color strap options including black, Olive Green, and Light Yellow color. The Realme fitness tracker’s first sale will take place on 9th March next week.

At this price point, Realme Band will give a challenge to Xiaomi’s low-end Mi Band 3i and Mi Band 3.