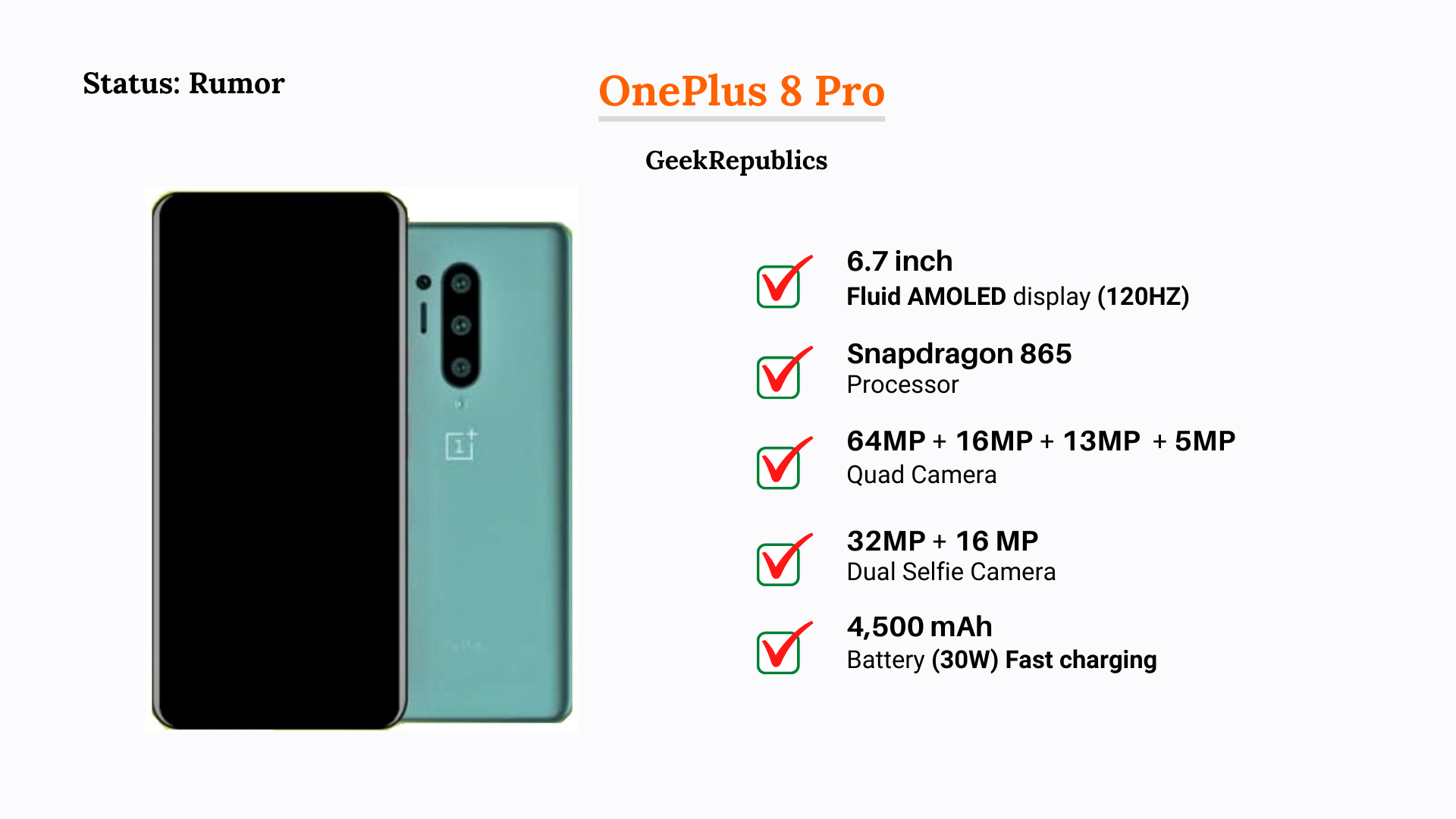 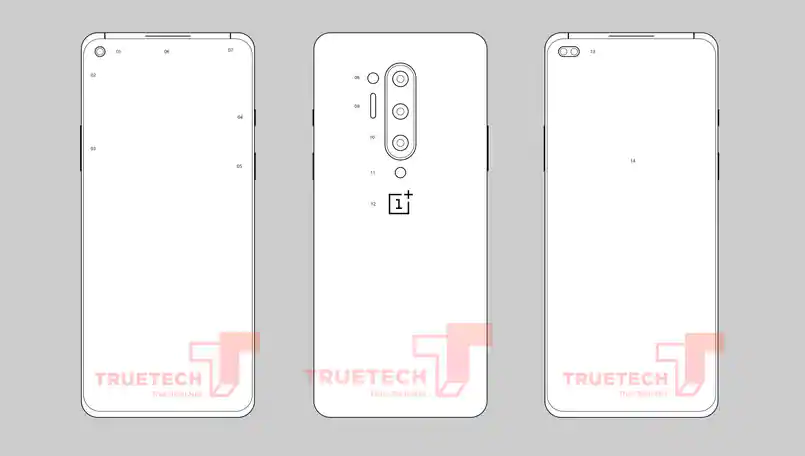 The smartphone will have a big 6.5 inches -inch Quad HD + Fluid AMOLED display that supports up to 120Hz refresh rate which is a major upgrade from the previous Oneplus 7 series and has a punch-hole display mount on the left side of Screen, a 1080×2400 px at a pixel density Supports 405 PPI per inch (PPI). This time it also the device supports IP68 that makes this smartphone water-resistant and Corning Gorilla Glass 6.

Talking about the Performance the device will power by an octa-core 7nm+ Qualcomm Snapdragon 865 processor coupled with Adreno 650 GPU. It’ll have 6GB+8GB+12GB of RAM options and runs on the latest Google Android 10 OS with Oxygen OS out of the box.

As from the front, It would have 32 MP + 16 MP dual camera, which is mounted on the left side of Screen. Both Front and Rear camera support 4K Video Recording.

The device will runs on Oxygen UI based on Android 10. The new Oxygen OS comes with a lot of new improvements.

The battery will be the main highlight on OnePlus 8 Pro, which is 4500 mAh Li-ion non-removable battery that supports Warp, 50W (10/5A) support and the latest report Oneplus 8 Series support 30W Fast wireless charging. The OnePlus 7T pro gets fully charged in just 1:09min in 30W fast charge, so we can expect that the smartphone will fully charge under 40-50 minutes, well we will check how the thing is going out.

Talking about the Connectivity the smartphone include Wi-Fi 802.11, b/g/n, GPS, Bluetooth v5.1, dual-SIM (Nano and Nano) USB OTG, USB Type-C, and 3G, and 4G (with support for Band 40 used by some LTE networks in India) with active 4G on both SIM cards and 5G as well. Sensors on the phone include a Light sensor, Proximity sensor, Acceleratorometer, Compass, Gyroscope, Face unlock.