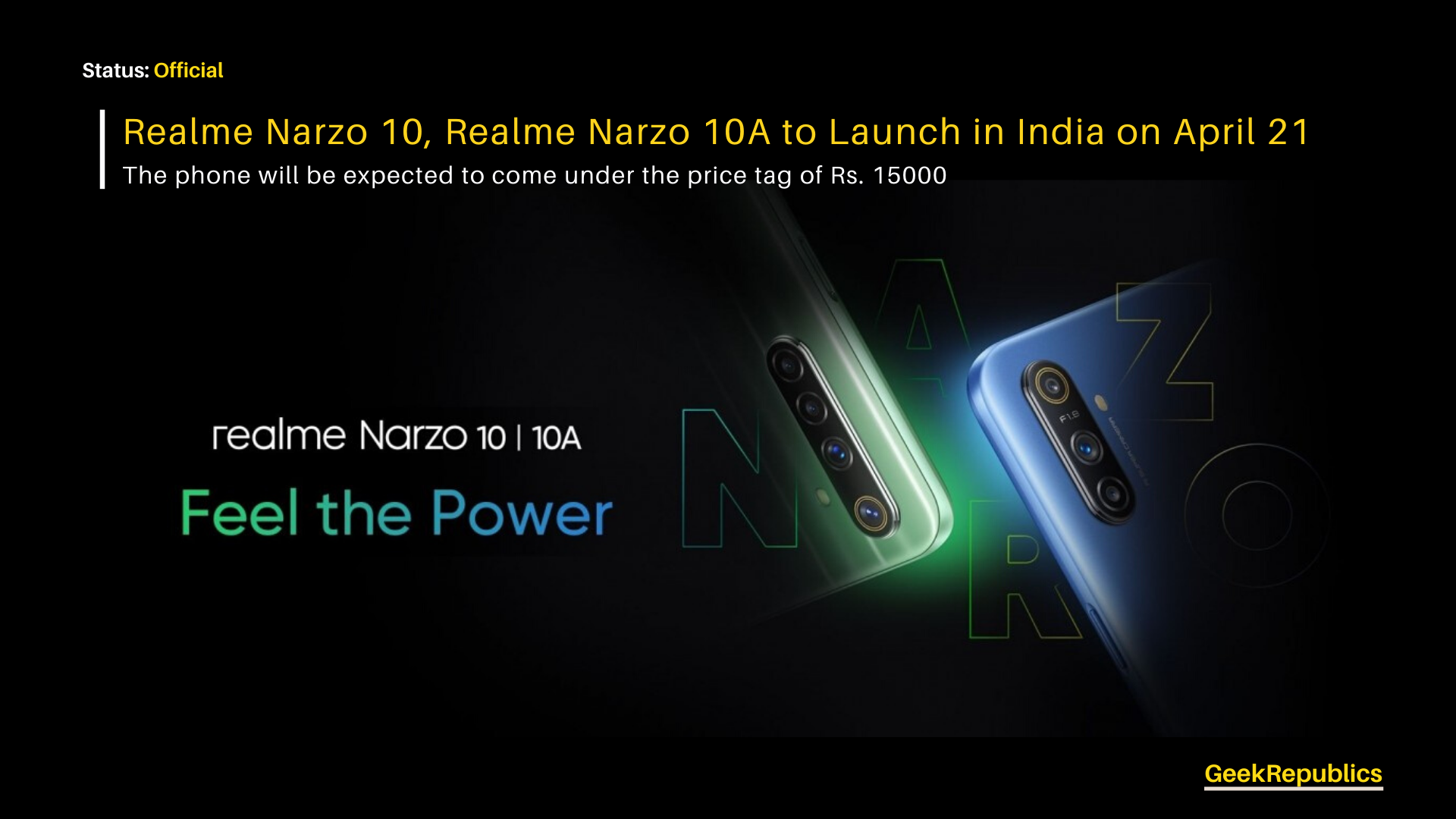 The Realme Narzo 10 is the upcoming series from the young company Realme. The launch event is now confirmed by the company. The Realme Narzo 10 series, was initially scheduled to launch on March 26th, but because of the COVID-19 pandemic, the event will go online.

Realme share this news on its official tweeter account, the launched event will be held on 21st April, when the lockdown restriction will be related in a fewer area, that means e-commerce website like Flipkart and Amazon, can again start their services.

Assuming that the phone will be expected to come under the price tag of Rs. 15000. There is no news about how GST will affect the smartphone series. The government of India increase the 50% GST from 12% to 18% on all smartphones.

Realme is not the only one who delayed smartphone launch in India, The Xiaomi MI 10 Pro is also a premium smartphone from Xiaomi that was scheduled to launch on 31st March but because of some reason, the event was canceled.

Watch the launch video online at 12:30 PM, 21st April on our official channels.

We expect that both Realme Narzo 10 and Narzo 10A could ship with a 6.5-inch display with 89.8 percent screen to body ratio and notch for the selfie camera, fingerprint sensor on the back for security. The drive will run on Google Android 10 OS Realme custom UI. The device will give a challenge to budget smartphones like Samsung Galaxy S31, POCO X2 and Redmi Note 9 Pro.

The rumor suggested, Realme Narzo 10 will packs with 48MP quad rear cameras, while the Narzo 10A will have a triple camera setup at the back. Both smartphones will be shipped with 4,000 mAh battery with quick charge support maybe 15W I guess according to price. 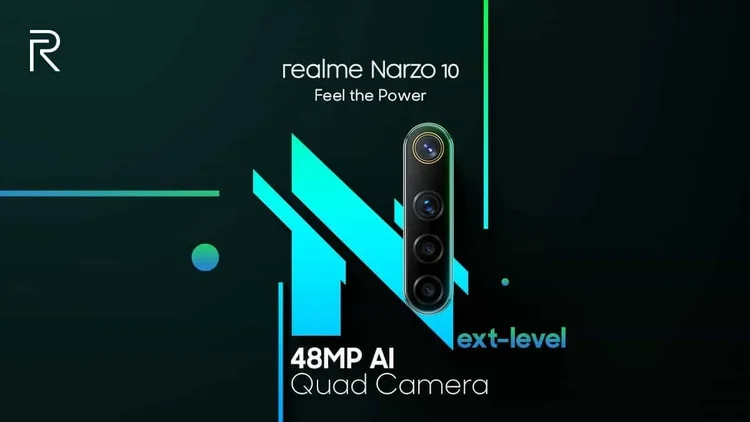 The Realme Narzo 10 and Narzo 10A expected price in India will start at Rs 13,999 and Rs 10,000 respectively. We will have to see how things turn out. So, how excited are you to check out Realme Narzo series? Share your thoughts on the comment below.