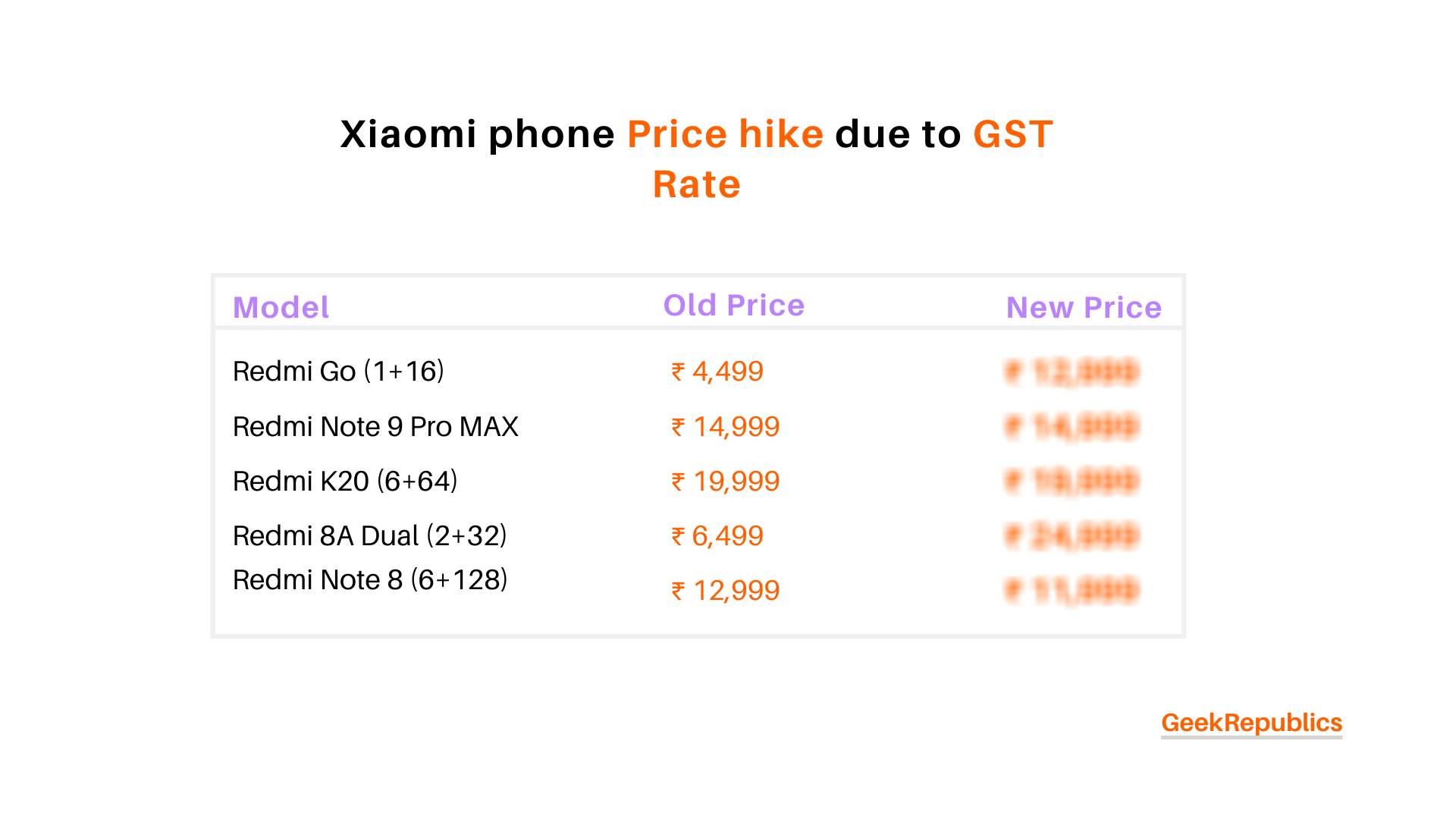 “Xiaomi has increased the prices of Redmi phones by up to Rs 2,000 due to a 50% hike in GST. See the Xiaomi new Smartphone price list ”

Xiaomi has announced the new price for the Redmi devices, The price has been increased due to the 6% hike in GST rates, The Indian Government increased the goods and services tax (GST) from today 1, April 2020 on mobile phones form12% to 18%.  You can see the new price list on Mi.com.

With the new GST rate, Xiaomi phones are now expensive by up to Rs 2,000 in India. some of the smartphones include the Redmi Note 8 Pro, Mi A3, Redmi K20 series, the latest release Redmi Note 9 Pro, Redmi 8A and more. The new prices will update on the other e-commerce platforms, and retail stores soon. The Xiaomi India Global Vice President Manu Kumar Jain tweet about the news of price hike.

After much deliberation & in keeping with #Xiaomi policy of maintaining <5% margin on our hardware products,we will be increasing prices of our products.

New prices will be effective immediately. Thank you! 🙏 pic.twitter.com/mdTqKdXm3r

Also, If you don’t know, Xiaomi has less than a 5% margin on all of its products. This is a great business model from the company, and help them to sell smartphones at a cheap price.

After Redmi, the price of other brands from Xiaomi like MI and POCO is going to more expensive. The newly launched Redmi Note 9 Pro launched at Rs. 12,999 now starts at Rs. 14,999. The same thing happened with the POCO series, the POCO X2 which was launched at Rs. 15,999 is now selling at Rs. 16,999 on Flipkart.

Apart from Xiaomi, there is a lot of chances that other smartphone brands like Oppo, Apple, and Samsung also hike the phone prices by 5% to balance the effects of the new GST rate. Check out the Apple iPhone new price in India and Realme phone new price list.