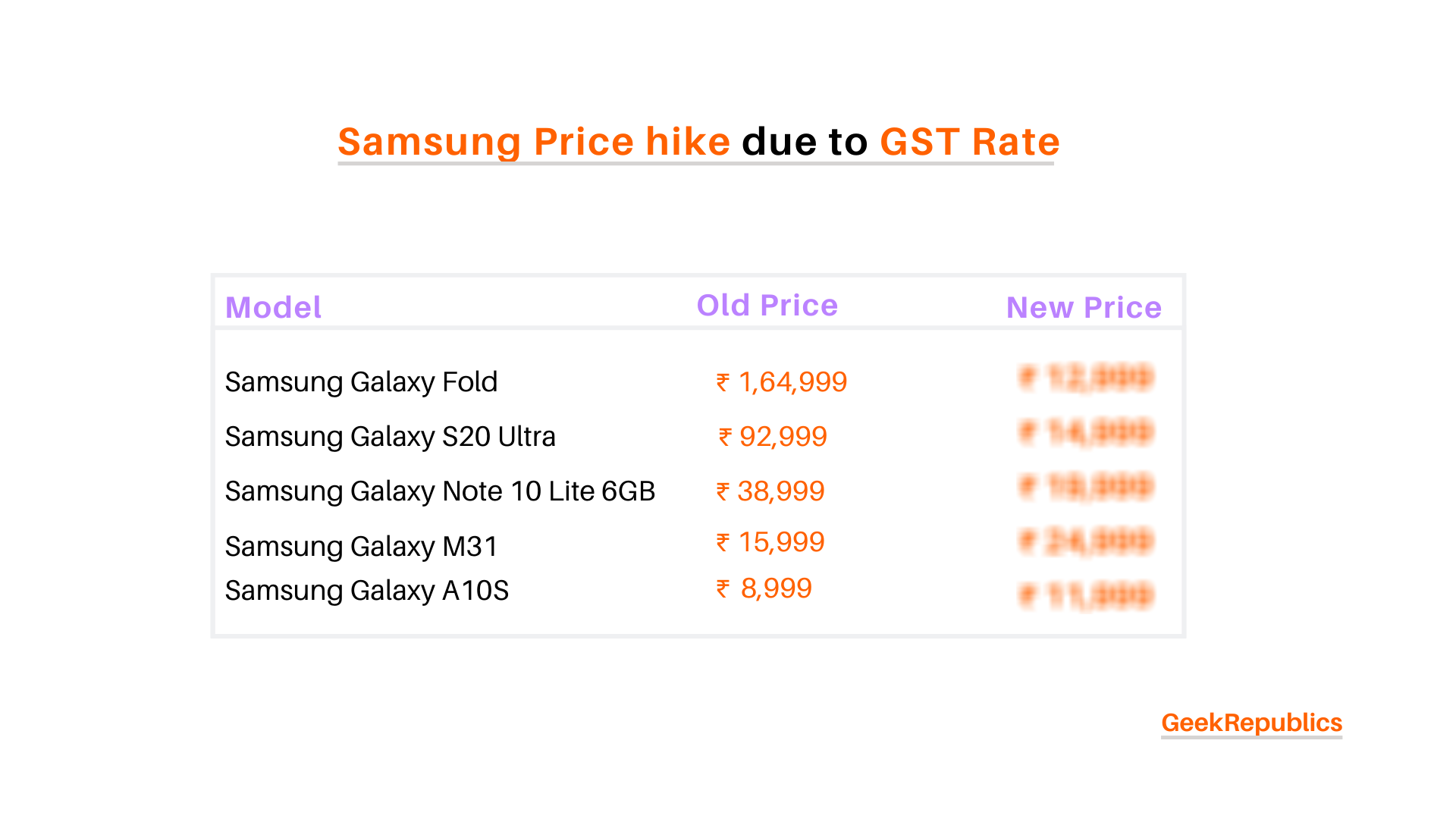 “Samsung increased the price of their smartphone due to a hike in import duty and GTS Rate, the Samsung new phone price is listed below”

Samsung increased smartphone prices in India due to increasing tax on mobile phones from to 18 percent from 12 percent. The new rule was started on 1st April, which means smartphones will become costlier than ever before. We already write on Xiaomi phone prices and Realme phone prices.

Samsung has increased the price of its smartphone, including the latest premium Samsung Galaxy S20 series and Samsung Galaxy Z Flip foldable phone, by up to Rs 9,000. You can check out the new price list of Samsung Smartphones.

Apart from Samsung, Apple also updated the iPhone list, you can check the new iPhone prices.